For many African American patients, there are several characteristics of the nose that are distinctly identifiable for them, both ethnically and individually. Many patients who would like to soften their facial features and reshape their noses also want their new contours to appear natural. Some of the most common requests from African American patients is to narrow the tip and lower part of their nose. Other patients may want to raise and narrow the bridge of their noses.

If you would like to enhance the appearance of your nose while still retaining its ethnic traits, then ethnic rhinoplasty may be the best procedure for you. Ethnic rhinoplasty, also known as ethnic nose surgery, is a surgical procedure that reshapes the nose by focusing on highlighting what makes your appearance unique while maintaining its natural aesthetic. 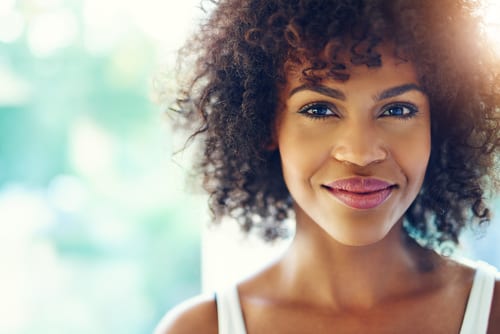 Each nose has unique and distinct characteristics that should be taken into account when considering plastic surgery. While traditional rhinoplasty is an extensive procedure that can improve the size and shape of the nose, no single technique will benefit everyone. That is why ethnic rhinoplasty can provide patients from all walks of life a unique and customized method for their procedure. When considering ethnic rhinoplasty, make sure your doctor: 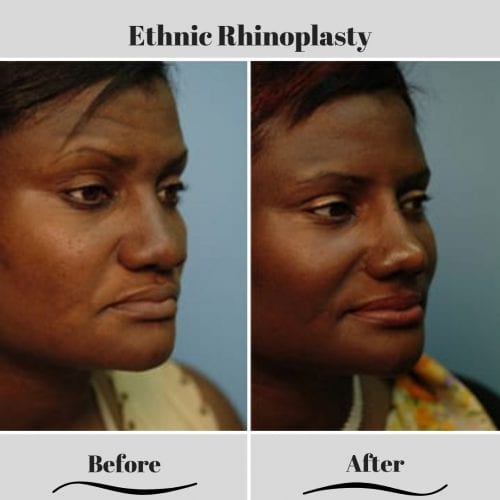 Several common denominators in many African American and ethnically mixed patients interested in ethnic rhinoplasty include the following traits:

Having thick skin is actually a good thing because the skin ages better. However, thick skin cannot redrape around any reshaped cartilage, which is what needs to happen with traditional nose surgery. Ethnic rhinoplasty requires and keeps proper tension along the tip of the nose to take up the slack of the skin so that the nose is kept from looking disfigured.

Most patients who are not caucasian have a flat, low bridge. Those who wish to correct this issue can opt for a narrow cartilage graft treatment, which gives their nose a more linear, thin, and elevated appearance along the dorsum (bridge). While this treatment usually requires a patient’s own rib bone, Dr. Clark uses irradiated freeze-dried bone from a bone bank to give a dramatic, clean bridge to narrow the nose.

African American or ethnically mixed patients who want to reduce the appearance of their wide nostrils can choose ethnic rhinoplasty. To correct this issue, an incision will be made along the crease where the nostrils and cheeks meet. This will result in some scarring, but these scars can be hidden along the crease of the nostrils. Patients who have severely wide nostrils may want to consider a second ethnic rhinoplasty procedure.

Quite often, many African American and Asian patients have a nose that crowds their upper lip. Ethnic rhinoplasty can aesthetically improve the nose by augmenting the treated area with cartilage, bone, or an implant.

Patients who are interested in ethnic rhinoplasty or want to learn more about this procedure can call Dr. Clark’s office at (916) 925-3912 or schedule a consultation with us online today!