Noses can come in many shapes and sizes. When a person is considering rhinoplasty, they typically want to improve the size and shape of their nose to make it appear smaller. However, for some patients with ethnic characteristics, rhinoplasty cannot be approached in the same way. 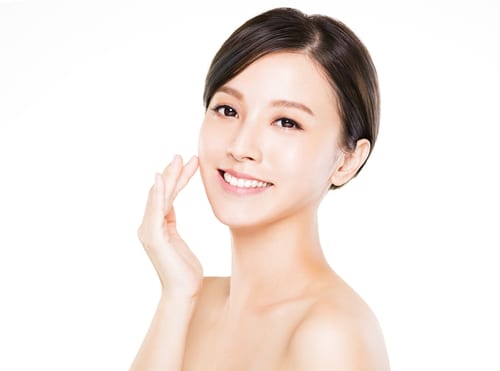 For Asian patients with a smaller nose, their rhinoplasty procedure would need to do the opposite effect by altering the nose to be slightly larger so that it is well-balanced with their other facial features. Fortunately, Dr. Clark offers many rhinoplasty techniques such as ethnic rhinoplasty that will not only flatter your nose but also retain its ethnic traits and natural beauty.

Unlike traditional rhinoplasty that is designed to reshape and resize the nose for patients of other ethnicities, Asian rhinoplasty focuses more on augmentation than reduction. Dr. Clark possesses years of experience and expertise as a rhinoplasty surgeon and will help improve the appearance of your nose to complement your other natural Asian facial features. To do this, he addresses the following three areas:

Asian noses are known to have a low and flat nasal bridge. Therefore, to enhance the bridge, it needs to be elevated to achieve a more angular appearance. Dorsal augmentation can alter the nose by raising the nasal bridge to create the impression of a narrower bridge. This technique can also make the eyes appear closer together. During the procedure, cartilage will be harvested from either the patient’s ears or ribs to augment and straighten the nasal bridge, resulting in a more pleasing nasal shape. If the patient’s nose does not have enough cartilage, a freeze-dried bone graft from a bone bank can also be used to enhance the bridge.

Most Asian noses typically have a slanted nasal tip due to the patient having thin and weak cartilage as well as thicker skin. This can make the nasal tip appear too rounded and can cause a person to feel insecure or embarrassed about the way their nose looks. Increasing the projection of the tip can be done using tissue from the patient’s nasal septum or cartilage from the ear to create a narrower and more defined shape. By placing the cartilage in the middle of the nose, the tip can be strengthened and reshaped to the desired length.

Round or flared nostrils are a common trait found in many Asian patients. While the increase in the projection of the bridge and tip can narrow the nostrils, sometimes they may require further adjustment. During a closed technique procedure, an incision will be created along the corner of the nostrils to remove a portion of skin, altering the nose and improving overall facial balance for a more aesthetically pleasing appearance.

With Asian rhinoplasty, Dr. Clark can strengthen and improve the length of your nose without compromising your ethnic identity.

If you are interested in ethnic rhinoplasty or would like to learn more about this procedure, please call Dr. Clark’s office at (916) 925-3912 or schedule a consultation with us online today!